Home
Products
About Us
Factory Tour
Quality Control
Contact Us

Thank you so much for all you've done in making things easy for me. I see that you must be the greatest asset to your company.

In a gear motor, the magnetic current (which can be produced by either permanent magnets or electromagnets) turns gears that are either in a gear reduction unit or in an integrated gear box. A second shaft is connected to these gears. The result is that the gears greatly increase the amount of torque the motor is capable of producing while simultaneously slowing down the motor's output speed. The motor will not need to draw as much current to function and will move more slowly, but will provide greater torque.

There are many applications in industry and manufacturing for a small motor that applies a tremendous amount of motive force to an object at a relatively low speed. Common appliances that contain a gear motor include power drills, washing machines, mechanical clocks, and cake mixers. In heavy industry, these motors are used to power a wide variety of tools such as cranes, lifts, jacks, clamps, mixing machines, and conveyance machines. 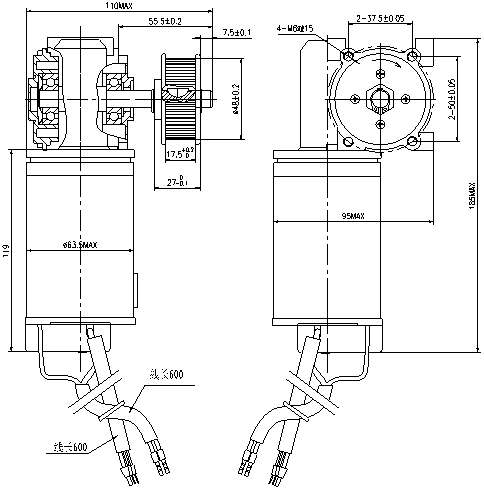 One specific type of gear motor is an alternating current (AC) powered electric motor. These motors are very cost efficient and fast, and output can range anywhere between 1,200 and 3,600 revolutions per minute. Torque can be customized to synchronize with normal speeds as well as stall speeds. A small minority of gear motors are direct current (DC) powered. DC-powered motors are primarily employed in the automotive industry as important components of car construction, including windshield wiper motors, power winches on trucks, and power seat or power window motors.